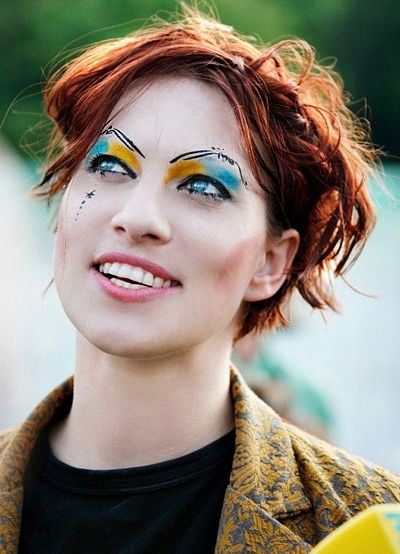 There are so very many reasons why Amanda Palmer is my hero. The more I learn about her life philosophies and her journey to becoming the amazing woman and artist that she is, the more I wish I could have found her when I was a timid, broken teenager desperate for love and affirmation. Because though Amanda would probably admit that she was also desperate for love and affirmation as a teen, she was anything but timid. She was, and is, larger than life, taking up space in the world, making no apologies for who she is, going after life with every ounce of her energy and her fathomless heart.

If there’s one thing I want my teenage self to know, that Amanda Palmer reminds me of every time I hear her music or read her blog, it’s that it’s OK to take up space in the world, to make noise, to make a mess, and to be different. When I was growing up, the only thing I wanted more than to be accepted was to be noticed… by anyone. But I was so afraid of the negative sides to being noticed by the “wrong” people that I spent all my time being as small and undetectable as possible.

Amanda Palmer is the exact opposite of that, and I think that she always has been. I love her for the way that her music, her art, and her life philosophy encourages me to step out of my own comfort zone and to take up space that was meant for me. Everyone needs someone like that, a larger-than-life hero that inspires them to be brave. And the world could use more artists who make space for other artists, who lift others up as they reach for the stars themselves.

So when I realized that AFP herself had shared my blog post about not shaving, I want you to visualize exactly how that moment went down for me.

When your hero takes the time to not only read what you’ve written, but also to share it and her supportive comments with her entire network… that’s an emotional moment. I’m not even a little bit ashamed that I was so overcome with joy.

But I mean seriously, who could ask for a better hero than that?

Want to get updates on my writing and be the first to know when I release my book? Sign up here!