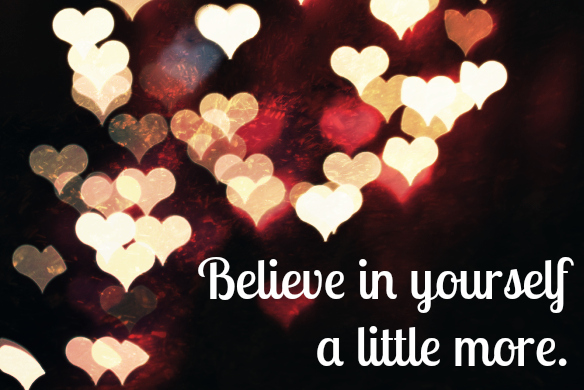 One of the privileges of growing up in America is that I was taught (and truly believe) that I can do anything I want to if I put my mind to it. It’s the bootstrapping American dream, the one they try to sell you instead of better workers’ rights. Just pull yourself up by your bootstraps like these other millionaires and geniuses did. If they can do it, you can do it.

Well, it’s never as simple as the “bootstrappers” want you to believe. And because everyone doesn’t start from the same place of advantage in life, for some people “doing anything” and “putting your mind to it” come with a huge hill of setbacks. But despite all the setbacks and barriers that stand in your way, I still believe that what you want, you can achieve. You just have to be willing to work for it.

Being my own boss

I am by no means the least privileged person I know, not by a long shot. For years now, I’ve run my own business. I started doing what I do (freelance editing for fiction and memoir) because I love stories, because I love the creative process, and because I wanted to be my own boss, to be the expert, to have all the answers. I hear from my clients over and over again about how much I have helped them, how much I have to offer.

When I started, did I have all the answers? No. I couldn’t even tell a potential client what was a reasonable fee to charge for what I was trying to offer them. I have had to learn a lot along the way. Including how to admit when there’s something I don’t know yet.

Teaching yourself something new, reaching for a goal you’re not sure you can attain, setting out on your own… that’s hard, vulnerable work. It requires dedication, flexibility, and drive. You have to want it bad enough to put everything else second. You have to be willing to lose sleep over it. You’ll make a lot of mistakes along the way, but that’s ok, because it’s all part of the learning process, they say.

Ha. Try telling that to my heart.

Logic and reason meet the monster of doubt

For example, last week I hit a snag. I made a mistake at something I can and should be proficient at and someone pointed it out. Now, logical, rational me is a lover of feedback. Logical, rational me takes that feedback and rejoices saying, “now we never have to make that mistake again because we know what it is and how to fix it before it breaks!” She realizes that without mistakes and the feedback that goes with them, we’d never become masters at what we do. I wish I listened to logical, rational me more.

The flip-side to logical, rational me is something of a recluse. She’s trying to convince me right this minute that I don’t need to share her with you at all, that I really REALLY need a glass of juice and just to delete this paragraph and move on. She is convinced that if you know about her and the fears she has that you’ll shame her publicly and no one will ever speak to us again.

When I made that mistake last week, logical, rational me’s flip-side had a melt-down. She swore that no one would ever want to work with us again, that we were a fraud and that it was only a matter of time until everyone knew. She says we should have known, should have done better, or should have never tried in the first place because we knew we couldn’t do that thing that was asked of us.

The worst part about the flip-side is that, when she sees the work that we need to do to learn the new thing, or to fix the mistake, she’s convinced we can never do it, that it’s too much, that we should just go back to our old job where we don’t have to do the hard thing, where we never make mistakes (at least not ones that people can see).

I’m not a psychologist. I barely understand why I react to life the way I do, why I succeed at some things and fail at others… I am trying to learn, though. Because if I let the illogical, irrational flip-side of me have her way, my dreams are dead in the water. I’ve taken to shoving her in the closet when she gets noisy. If I use every mistake I make as a reason why I can’t do something, I’ll never accomplish anything.

Impostor syndrome is that voice in your head, that flip-side of logical, rational you, telling you that you must not be a “real” editor because “real” editors (or writers, or artists, or administrators, or programmers…) would never make a mistake. It’s an ugly voice bent on convincing you that you must be a fraud because what you want to achieve shouldn’t be this hard…

But the truth is that some aspect of every little thing that you want will be hard. If you focus on the hard, on the failure and the incongruity, then you give strength and credence to that monster of doubt, and that will always hold you back from what you might otherwise be capable of.

If you choose, however, to believe in yourself, to give yourself the space to learn from your mistakes, there’s no limit to the joy you’ll find in what you can achieve. And how do I know this is true? Because people make mistakes. Every day. All the time. And the world has not yet ended. There might be giant, horrible, impending doom out there somewhere but it does NOT hinge on whether or not I catch every last mistake before someone else finds them or whether your first novel was a smash hit/NYT best seller…

Let’s leave the impending doom to others. Because the flip-side is that you get to do things! You get to be the best version of yourself. You get to make mistakes and learn things and become a better writer (editor, artist… human being). Sometimes you don’t notice that your shirt is on backwards AND inside out until AFTER the run… and that’s ok.

I’m not saying you should lower the bar for success. Not by any means. But just allow for the fact that mistakes and failure are part of the building blocks of success. They prove that you’re doing things right. You’re learning and growing in the most human and real way possible.

So go ahead. Make mistakes. Believe in yourself a little bit more.